Bottomline: Are the Public Unions harming the States and hence the Country? Yes. 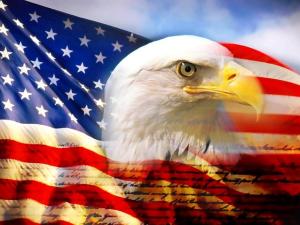 What should occur is reasonable negotiations on the State budget. The 14 runaway WI Democrat lawmakers (as well as the runaway Indiana Democrats) should have returned to have negotiation as to what the problem is. The notion here then is that by their behavior the 14 runaway Democrat Lawmakers know what the problem is. No American or legal worker prefers to see cuts to their benefits, pay or to have to sacrifice from their current personal budget. It is understandable and legitimate to allowing workers an avenue to redress their grievances and salary thru negotiation with their employer. Getting to the crux of the problem though is that the current collective bargaining laws allow for abuse of the system, by maintaining poor performance programs. Therefore, the Governors of the States are legitimate to limit the collective bargaining of Public Unions, in rooting out abuse, for the best interests of ALL people for the greater good. A PUBLIC Union is a different entity and its collective bargaining easily gets into an area of harmful abuse amounting to an operation of insider thievery. No, a public union is not the sole reason of budget deficit (which much can be said far, FAR worse about illegal Alien expenses to the States, because illegal Aliens are ILLEGAL and American jobs get cut because of them) but it is $$Billions (with a B) that is fundamentally wrong and corrupt.

The nexus of the problem amounts to a conflict of interest and collusion that is done at the expense of the State and ALL Taxpayers. The conflict of interest and collusion occurs where Union dues are used to lobby or support a particular politician in well knowing that this same politician will give favoritism and kickback lavish pensions, raises or benefits to the public Union workers. So the pool of money that is colluded on is the States taxpayer revenue that then comes back to create a budget deficit meanwhile the buddy-buddy Union-politician relationship gets away with blowing thru the Peoples money! Thereby collective bargaining should be reformed to a limited measure to say that a public union can’t lobby its own insider politician to get the kickbacks that plows the State into a deficit and tears down the other less privy Taxpayers.

Private Unions should be separated from Public Unions. Government is a monopoly by definition and so compulsory unionism monopolizes a monopoly.– In a private Union, if a union boss’s demands causes poor service, a company loses money, might go out of business or move to a Right to Work State. But a State agency or budget can’t relocate or go out of business and so the unnecessary abuse occurs under a public Union.

Particularly troublesome is the extent of abuse in the Teachers Unions.  An example:  A Teacher Union member uses part of their workday to do political work for the Union — meanwhile hiring a substitute Teacher to do teaching, and the Union Teacher gets paid by the State while also getting paid additionally by the Union!

As the New York Post reported, the city Department of Education compensates some 1,500 teachers for their union activities and also subsidizes other teachers who take their places in the classroom: “It’s a sweetheart deal that costs taxpayers an extra $9 million a year to pay fill-ins for instructors who get off classroom work — at full pay — to carry out responsibilities for the United Federation of Teachers.”The UFT teacher members “collect top pay and fringe benefits, but work just one class period a day.”

UFT is also a chapter of the American Federation of Teachers (AFT), which spent nearly $2 million on the election of President Barack Obama in 2008. (In return, you may recall, the Obama administration granted the UFT one of its coveted health care Waivers for Favors exempting the behemoth union from the federal mandate’s costly rules on phasing out annual health coverage limits.)

Before the Big Labor bosses start complaining about “teacher-bashing,” let’s be clear: An increasing number of rank-and-file teachers feel exactly the same way, that the Unions are doing abuse here.   To be fair, many to most Teachers are hardworking Americans that have a noble task that do good work.

The Leadership of these public Unions know exactly what they are doing and act in negligence to their workers political stances to push a political agenda that some workers may not support. Union bosses are not elected and not accountable to the public. A Union boss is difficult to have fired. Thus service and performance, for example in education, goes down and costs go up. If the Union bosses were apolitical then maybe the problem would not be exacerbated. Public Unions with forced dues is tantamount to a money laundering operation where then it is nearly like illegal money collusion. Independents, Libertarians, Republicans then are paying for Democrat campaigns — this is inherently wrong. Once again, saying a lot is a quote from our Founding Father Thomas Jefferson in 1786 — “To compel a man to furnish contributions of money for the propagation of opinions which he disbelieves, is tyrannical.”

Democrats want to accuse Republicans when it is in fact that the Democrats bad behavior is to blame and can’t be excused. Pointing to others bad behavior or calling others names weather it’s a corporation or a Republican politician does not excuse the bad behavior. So the end result of the Public Unions collective bargaining wants is on grounds of selfish want (not for children or worker rights or better performance, etc.) to get higher benefits and more so to maintain political control at the expense of the State and Nation. Cutting the budget (which also means changing the costly aspects of collective bargaining) is not a Republican issue or a Democrat issue, it’s an American issue. The overriding consensus of sensible Americans is that the debt and deficit is an agreed upon task that MUST be reckoned with for the sake of the future, that is living within means and stops reckless spending. Certainly the Governors or Republicans should not be vilified for doing what’s in the best interest of the State and standing up for the American People in balancing the budget.

1 Response to Bottomline: Are the Public Unions harming the States and hence the Country? Yes.