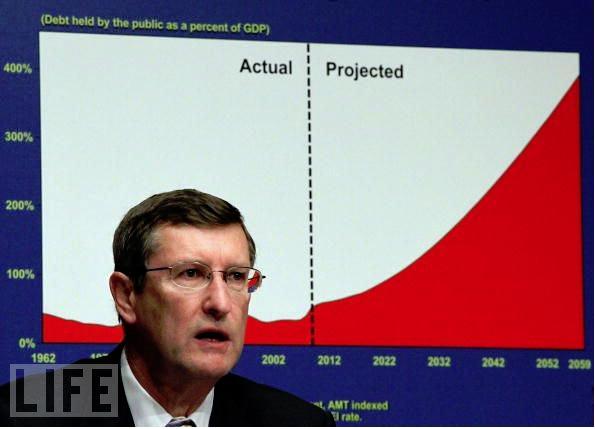 The Republican Party faces a major decision in the coming weeks. Should they shutdown the government in an attempt to achieve budget reductions from the Obama administration, or should they attempt to strike a deal with renegade Democrats?  Even if a bipartisan budget is vetoed by the President, it would outline the GOP’s deficit reduction vision for the 2012 campaign.

Several GOP operatives are advocating no negotiations with Senate Democrats. They are instead urging a government shutdown for next 18 months. Other Republicans believe this would result in a tremendous backlash, and they point to consequences of the 1995 one month shutdown.

In December of 1994, Sen. Bob Dole (R-KS) had a 10% lead over President Clinton. After the shutdown the GOP could not regain the lead and Clinton was easily re-elected.

For months the news media focused on the suffering of those impacted by the GOP shutdown. Clinton’s compromise offer appeared to be more reasonable than what was advocated by House Speaker Newt Gingrich.

A new government shutdown would be popular with conservatives, but they do not decide elections. Almost 40% of Americans are independents, and many believe a GOP plan will not be effective unless it is viewed as constructive by these swing voters.

What Would Happen in a Prolonged Government Shutdown?

Primarily because of Social Security, Medicare and unemployment, more than one-third of all American wages and salaries now come from the government.  If those checks are not being issued there would be a tremendous uproar. There would be no air traffic controllers, no railroads, no post office, no water purification, and no access to government records such as birth and death certificates.

House Speaker John Boehner (R-OH) was on Capitol Hill during the last shutdown and remembers the public opinion consequences. The current focus is on the debt ceiling and on Tuesday the House will approve a stop gap measure to avoid government shutdown until April 8th.

Senate Majority Leader Harry Reid (D-NV) is refusing to allow a vote on GOP budget cuts. He calls them “mean spirited.” He will not go beyond $10.5 billion in reductions, even though the February deficit alone is $232 billion. He then spoke of federal funding for the National Cowboy Poetry Gathering as a reduction which can not be made. He refers to Republicans as “evil-mongers” While a compromise on the debt ceiling is still possible, both Boehner and Senate Republican Leader Mitch McConnell (KY) know Reid will never be part of a long term solution.

What is the Republican Alternative?

A grand budget compromise negotiated by the Senate Republican and Democratic leadership is doubtful. That does not mean the GOP lacks options. They only need four Democrats to support their budget reductions and entitlement reforms, and encouraging statements have already been made by Senators Kent Conrad (ND), Chris Coons (DE), Ben Nelson (NE), Joe Manchin (WV) and Jim Webb (VA).

This assumes Republicans will be united. The GOP House Budget (HR 1) outlined $63 billion in cuts but it was opposed by Senators Jim DeMint (R-SC) and Rand Paul (R-KY). GOP Senate moderates are not a problem and McConnell believes progress is possible with renegade Democrats, and feels DeMint and Paul will eventually support a negotiated agreement.

However, that is not a popular position with many Tea Party activists. The viewpoint of no compromise advocates is expressed by James Pavlick of Connecticut. He is a social conservative who worked for Mitt Romney in 2008, but has since switched his allegiance to Sarah Palin. He is a graduate of the London School of Economics and agrees with Rep. Ron Paul (R-TX) on monetary policy and a return to the gold standard:

I don’t want progress. I want scorched earth nuclear war where only one side is left standing. . . I want the government shutdown for the next 18 months. Our differences with the Democrats are too significant to negotiate or compromise. We need to put an all or nothing proposition to the voters. . .

Even if the Democrats agreed to my demands (which they wouldn’t) I would move the goalposts and throw on additional demands. By shutting down the government we can put a chunk in the deficit right now. Other than the military and the justice system (courts, jails, police) we don’t really need government to be perfectly honest. . .

We can sell things such as the National Parks. Gov. Mitch Daniels (R-IN) did that with a turnpike in Indiana. . . We don’t need 90% of government ‘services’. Ideally I would like to see us return to an Articles of Confederation style government.

Should Republicans Negotiate With Democrats?

Pavlick point to Governors Scott Walker (R-WI) and Rick Snyder (R-MI) who were recently able to enact their reforms without participation of any Democrats. Former Speaker Nancy Pelosi (D-CA) ran the House for four years in a similar manner. She refused to negotiate with Republicans, and now many of her achievements are being repealed by the House.

Pavlick ignores the GOP majorities in both houses of the Wisconsin and Michigan legislatures. That is why laws could be enacted without talking to any Democrats. That is not possible on Capitol Hill.

Shutting down the government for 18 months will lead to news stories everyday about those who are suffering.

Bob Schneider, a well respected national security strategist, believes it is foolish to walk away from negotiations, especially when progress is still possible.

He believes a prolonged shutdown would lead to the re-election of  President Obama and Democratic victories in the House and Senate. He opposes the no-compromise Pavlick plan and says:

Advocating mass panic is not leadership. . . History has shown every time the government has shut down, it has cost the party in power which was perceived to be behind the shutdown seats. That would be the GOP in this case. The mandate from the voters was to fix the economy. Unemployed voters, thanks to a government shutdown, are not happy voters. This is not theory, this is practice, and how the electorate plays the game.

What is The Compromise?

GOP leaders remain optimistic that major reforms are still possible, but once again, this requires a few Democratic crossovers from the Senate majority. The House has already voted to repeal ObamaCare, but that means little unless four Senate Democrats vote with the GOP.

The most interesting ideas are coming from Sen. Kent Conrad (D-ND), the Chairman of the Budget Committee. His deficit hawk rhetoric appeals to conservatives, and GOP leaders are listening. Conrad is a liberal but is calling for a $4 trillion reduction in the growth of entitlements, as well as a re-examination of ObamaCare:

“We’re spending one of every six dollars on healthcare, and we are still heading to one of every three. There has to be further reform and savings in the healthcare.” He says it is difficult to find savings in Medicare and Medicaid without reopening ObamaCare. He wants to negotiate prescription drug prices on behalf of Medicare beneficiaries, but ObamaCare forbids that.

Sen. Lindsey Graham (R-SC) has had numerous conversations with Conrad and believes Republicans are in 90% agreement with the Budget Committee chairmen. Most of the agreed upon recommendations were previously approved by Obama’s deficit reduction commission by an 11 to 18 vote. Once again, the result would be $4 trillion in savings, as well as zero deficits between 2015 and 2025. The Domenici/Rivlin Commission sponsored by the Bipartisan Policy Center has a similar plan.

The Chairman would have to give up his payroll tax hike, but Senators Conrad and Coons have already agreed to  accept means testing and raising the age of eligibility for Medicare and Social Security. They have also agreed to no taxing of capital gains and dividends as ordinary income, and to leave defense spending at its current level.

There would be political pain associated with reducing Social Security cost of living adjustments, but it would make Social Security solvent and reduce America’s unfunded Medicare liabilities by trillions of dollars. The do nothing alternative is to let the deficit escalate every year after 2020 and exceed 100 percent of GDP by 2025.

President Obama is not demonstrating leadership on the deficit and is ignoring his own commission.  The Washington Post is calling Obama the “Punter-in-Chief” for failing to address America’s looming budget problems.

A deal between Republicans and renegade Democrats will not be achieved before April 8th while the spotlight is on the debt ceiling. Final passage would require a united GOP plus support from four Democrats. Sen. Coons is even more liberal than Kent Conrad, and his support for serious entitlement reform was unexpected.

There could well be additional surprises in the weeks ahead. Liberal Reps. Shelley Berkley (D-NV) and Michael Capuano (D-MA) have already agreed to co-sponsor GOP legislation to repeal the Medicare payment board, which is an integral part of ObamaCare.

The next month will be marked by intense negotiations on the debt ceiling, and the GOP will then have to decide on a shutdown or a bipartisan budget deal with Kent Conrad and his allies.

I believe in the CONSERVATIVE principles and values of the Republican Party as they are written, and not how they are currently practiced by today's RINO's. Smaller government, lower taxes, more personal responsibility, states' rights, free market capitalism, and less government intrusion in our lives!
View all posts by Christine →
This entry was posted in NCGOPCON, TEA Party, US House, US Senate and tagged budget, compromise, federal budget cuts, spending. Bookmark the permalink.

1 Response to The GOP’s Big Decision: Government Shutdown or a Bipartisan Budget Deal