Rising Prices, The Federal Reserve and the payroll tax-cut (part 1) 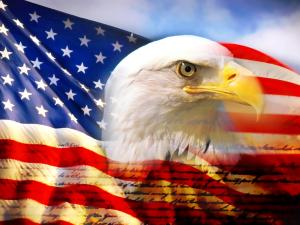 From the desk of ‘No new Taxes’ Patriots:

While the President’s latest celebrity appearance at a university about Energy made some of the obvious common sense points about increased world oil demand (such as more car drivers in China) or supply disruptions (Mid-east/Iran policy) that does not excuse his lack of leadership in taking more action for the U.S. such as the Keystone oil pipeline or excuse the same trite blaming or condemning against America that now traditionally errors his Party. Look at the gas pump, or go into a grocery store and the cost of everything is up. The price increases are across the board including goods made of plastics, metals, …anything. These price hikes for the U.S. should not be happening at this rate. Americans have a gut feeling of being on the wrong track and know something is not right…which is why the rise of the Tea Party has been clear…average Americans sense that what is being done is not good for America and their children’s future. Taxation against the People is being done and hidden in the gas prices and all consumer prices….Since Obama wants to raise taxes, he already has done so against everyone including the poorest. The one and only (credit rating) downgrade President is the problem.

When the price problem is across the board then it points to a problem of the monetary system, hence in particular the currency – U.S. dollar. The central source of the price hike debate is the Federal Reserve. Bernanke and Geithner are not dumb, they know the numbers and there the debt goes — $15 Trillion, $16 Trillion. And as Republican Presidential candidate Rick Perry had stated spot on — “to deliberately run the treasury for political gains or for non-U.S. interests or parties IS traitorous” and it is NOT a building up of America but a tearing down. The U.S. Constitution does not allow such spending and actions and the call to return to principles is what is vital. Many concerned Americans, prominent Constitutionalists and Ron Paul’s confirmations are speaking out for the proper role of limited govt regarding the Federal Reserve and at the core they are correct.

There is nothing wrong with a discussion on the Federal Reserve and many Conservatives have reason to see its many banking functions for the Nation as positive (such as the national operations of check clearing or information resources) and do not call for an abrupt abolishing of the Fed action , but rather a taming, shrinking, reigning-in and accounting for the Fed, which is why an audit should be done (Ron Paul and Congressmen are pushing such legislation now) and then proper restrictions placed on the Fed in the name of the Americans People’s money. The word is out and many Americans know that something is wrong in the action of the money by the U.S. Treasury.  And this is why Cut, Cap and Balance was and still is the proper action since last August 2011.

The Federal Reserve has been printing money per its misleading word slogan ,“quantitative easing” or QE1, QE2.  The Fed and the Bureau of Labor Statistics (BLS) claim that annual inflation is a mere 3 percent. Economists aligned with the Fed deem that “moderate” and acceptable. But most Economists and analysts have calculated and taken to task the BLS for manipulating its Consumer Price Index (CPI) to falsely convey to Americans to cover the Fed’s actions of printing money. The BLS has (under the direction of the 0bama Admin.) has made major changes to its methods of calculation TWICE. The BLS has dropped home mortgages (housing crisis) from the equation, coming up with some ever-changing owner-renter formula to mask inflation. The CPI also now EXCLUDES food and energy (the key prices being talked about here) prices that are two OBVIOUSLY key core items of anyone’s or any family’s budget! These statistical falsifying tricks allow the govt’s economic soothsayers (Obama Admin.) to produce ANY irresponsible outcome to justify any current or proposed policy — which under this President‘s vision is the principles of govt control of the people.

What then is the real level of annual price inflation? Estimates from experts like Government Shadow Statistics (www.shadowstats.com) say that true price inflation is more in tune with inflation like the Carter years where we are already in double digits closer to 10 percent. Inflation, properly defined, is an increase in the quantity of currency that causes a lowering of its value hence consumer items don’t simply cost more, the dollars are worth less. The process of the Federal Reserve printing more money deftly stealthily confiscates the people’s wealth while gov’t and the media falsely foster the notion that rising prices are being caused by businessmen and consumers or disturbances in supply or demand. Because crude oil is traded in U.S. dollars, those who sell it on the world market will demand more (petro) dollars per barrel of crude oil because those dollars are worth less.

The media, in its unprofessional disservice to the nation and 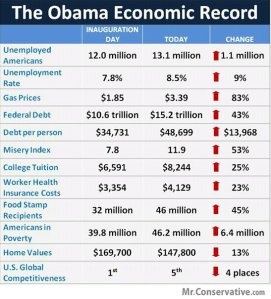 melodramatic love affair with the current President, to deflect, protect and provide an insulating cocoon of distortion allows the President to be as irresponsible and untruthful as he wants.  The worst offenders being NBC, MSNBC, ABC, CBS, and to a large extent CNN.  The false media excuses to dummy up Americans and false reporting can be discontinued of why prices are rising (inflation) — gas prices, food prices — all prices . The rash of media stories of price increases lately is telling. The excuses being lately — Beef prices rising due to shortage of cattle or beef or some disease, coffee prices rising due to some storm or bad season, gas prices rising due to lack of refinery or some obscure pipeline being attacked, corn-based food rising due to ethanol (which likely is true and why subsidies for ethanol should stop being spent too), etc. on and on. The reason of prices rising is due to the Federal Reserve printing, printing money and hence the obscene spending and debt (unprecedented by any President in U.S. history at $5 Trillion) shows its real impact– hence it takes more dollars to buy the same goods — that is inflation and worse. In this respect the stock market numbers being higher, your 401k being higher doesn’t amount to much because the money is worth less. “Quantitative easing” is taxation right from your pocket and it would better be called, ‘quantitative destruction II’, ‘crisis prolongation I’, ‘currency debasement I’, ’government bailout II’, ‘consumer impoverishment’, or simply ‘money printing I and II’. I’ll remind that wages are mainly stagnant as prices rise.

Now we see the decline of America here within by way of the out of control spending — which includes the Fed Reserve spending, printing of money and transfer of wealth —for example some prior $7.7 Trillion sent overseas, to foreign banks, foreign unfriendly Nations at the expense of Americans!! NO, the answer is not more spending, not more govt BUT it is the answer of CUTS, austerity, conservation, and less govt to get it out of the way of stifling economic growth. We would do well to listen to our mother Country of Great Britain and its Prime Minister about its current condition and warnings against where we are heading, warning for austerity and National sovereignty that is important to remain the leader in the world. NO, the shell game and the dummy façade of creating a false world is the salt of the problem of unjust offense against trust and character toward the well-being of the U.S. Nation and hence the future — and we can work to have it end for the better or in utter disaster. Any Office holder who wants more spending should lose their office come election time.

Therein lies the problem of the ‘Payroll Taxcut’. Govt is going into places that it should not — trying to micromanage the economy and market place. Being of the working class and pro-America there are the majority patriotic working class Americans who want a strong, exceptional America that the Founders had built into success and do NOT want a govt handout and see the falseness of the payroll taxcut and do NOT want it. Essentially the short-term greed of the Payroll taxcut designed to make Americans feel cozy and fuzzy ‘taken care of ’ is to have the American people and the Nation cut its own throat by taking away the future social security reserves, debt pay down for the future to just ’get the money now’ (borrowed from China) — oh as the President and Dems say to “pay for groceries, rent and gas” of course because prices are higher. The payroll tax-cut offset was partially taken from Federal Union pensions which was a correct step but a chunk of it was added to the debt. The dependence of a payroll tax-cut is the nanny coddle of welfare and makes the addiction into a need.

Thanks BUT, NO thanks for the payroll tax-cut, the Dem election scam can take their bribe money (our own tax money) and put it back in their chicago mob hat. Gee, with $20 more in my paycheck (which will get taxed down to $16) I can spend into rising gas prices due to the money handout itself. The payroll tax break is actually negated and worthless because the spending (along with the out of control spending) to get the tax-cut causes the tax-cut to get burned up in the rising prices! Herein lies the circular falseness of socialism, stimulus spending, debt creation because it is simply money chasing money with no substance. Japan has been trying spend their way out of recession for 2 decades now. The payroll tax-cut is a false worthless gimmick that never should have been enacted in the first place.

The ‘Payroll Taxcut’ is an attempt at an election year gimmick — or voter candy for President Obama, that shows his false actions for the Nation. Free handouts – more voter candy- at your expense.  Spending our way out of debt is an oxymoron and as we can see unbridled spending has led to flat results and corruption, stimulus money waste (for example putting up road signs saying the Recovery money was spent on this sign, putting up signs on the Border in Arizona traitorously telling Americans to stay off U.S. land so that illegal Aliens can invade and steal the U.S. or for example creating $5million per job “green jobs”). Just like the Dept. of Education’s use of $$Trillions since its creation that has made education worse, where did $5 Trillion go for this wasted experiment, Mr. President?