Posted on February 2, 2015 by snaketread 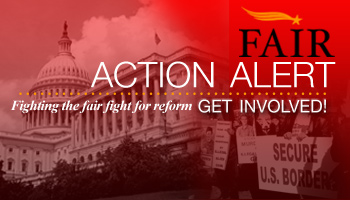 ALERT: Call the U.S. Senators in morning and into afternoon by 2pm — DEFUND DHS illegal AMNESTY — Senate may vote as early as tomorrow/today Feb 3. — Tell them : To vote YES on H.R. 240, the House-passed version of the DHS spending bill, that would defund Pres. Obama’s executive actions on immigration.

It is not “defunding National Security” as the Prez is falsely politically exaggerating – it defunds the amnesty.

The Senate will cast its first vote TOMORROW on the House-passed Department of Homeland Security (DHS) funding bill that defunds President Obama’s executive amnesties. Tomorrow’s vote at 2:30 pm is a procedural vote – called a motion to proceed to debate the bill – and it simply determines whether the Senate moves forward to debating and amending the bill.

However, pro-amnesty Democrats are planning on obstructing the legislative process by filibustering the motion. If successful, they will be able to prevent the Senate from even discussing the common sense House bill that defunds the executive amnesty.  Senate Democrats are demanding that the Senate pass a “clean” Homeland Security funding bill, one that does not limit the President’s ability to exercise “prosecutorial discretion” in immigration matters. In reality, that means a bill that fully funds President Obama’s amnesty programs!

Call your Senators and tell them there is no such thing as a “clean” funding bill for the Department of Homeland Security.

It is the President who is threatening our homeland security, allowing illegal Aliens to provide cover for terrorists, open Border threatens National security,  no serious background checks can be done on five million illegals, and Obama is taking the side of illegal aliens by giving them legal work permits over citizens who need jobs

Give a call to these Democrats:

Did you know that after voters overwhelming rejected President Obama’s policies in the November elections, these Senate Democrats voiced opposition to executive amnesty? Indeed they did. Here’s what they said: