Our two U.S. Senators from North Carolina as well as the other Senators.  They need to know you are totally against the amnesty.   This is another step, but it is important.

Contact our two U.S. Senators from North Carolina and tell them to VOTE YES on any separate bill to stop Obama’s amnesty, BUT  BUT if that bill does not pass, they must only vote for the DHS bill if it defunds the amnesty for illegals.  Their voting has to block or defund the amnesty period.  Funding the DHS’s AMNESTY processing is illegal because the court has not resolved its decision that TX Judge ruled unconstitutional.

Call other U.S. Senators and give them an earful — http://www.senate.gov/general/contac…nators_cfm.cfm 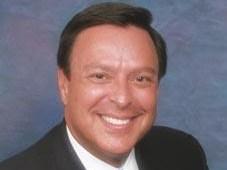 Despite these donors’ insistence that adopting their immigration position will help the Republican nominee appeal to the general electorate, the evidence shows that the voters who determine the winners of general elections do not actually share the immigration priorities of these multimillionaires. For instance, a Gallup poll last month found that only 7% of American adults want an increase in immigration levels, and nearly six times as many want a decrease. (Gallup, Jan. 29, 2015) Polling from last November’s election showed 80% of voters surveyed wanted new jobs created by the economy to go to American workers and legal immigrants already in the country rather than additional immigrants. (The Polling Company, Nov. 6, 2014) November’s elections also showed that when immigration enforcement is on the ballot, untied to either candidate or party, it wins big. In Democratic leaning Oregon last November, opposition to giving driver’s licenses to illegal aliens proved more popular in than any candidate on the ballot, getting a landslide 68% of the vote. (See FAIR Legislative Update, Nov. 11, 2014)

It is truly a shame when some citizens are willing to turn on their fellow citizens in order to get cheap illegal labor……..these CEO’s don’t care that their anti-America greed harms American society, creates lawlessness/crime, with no allegiance or loyalty to the very society they operate in and get wealthy from. NO decency for laws of legal entry that is National Security defense where Legal Immigrants respect America.

It is the President who is threatening our homeland security, no serious background checks can be done on five million illegals, and Obama is taking the side of illegal aliens by giving them legal work permits over millions of citizens who need jobs.